by Cliff Williams, on March 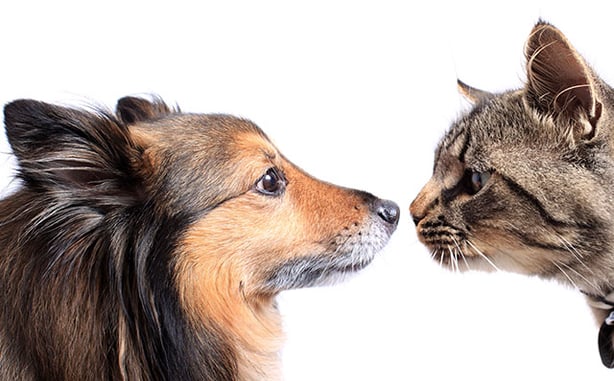 Most organizations these days have some form of CMMS – Computerized Maintenance Management System – whether it’s a home based Access system or it’s a full blown EAM – Enterprise Asset Management System – and many stops in between. Now I think it’s fair to assume that people have got at least part of the idea of a CMMS right. Unfortunately it’s only the Computerized and System that has been implemented. Most have forgotten the Maintenance Management part of the acronym! I visit many sites and talk with many people and to be honest, I am no longer surprised to see that people use their CMMS to manage their work orders – and only that.

One of the common problems people express is that they did not take the time to ensure that their work flows and processes actually flowed in their CMMS and how they wish they had set up their system differently. What really troubles me though, is those who believe they have got their flows and processes working well in the CMMS. The troubling part is not that they don’t have them flowing, it’s that they don’t flow far enough. When I ask to see the process flow for their work orders they are pleased to show me how work requests are originated, who has authority to accept them, how they are designated in the planning stage and how they move onto the various schedules – weekly daily etc. When I ask if there is anything else, they look at me as if they think I’m asking a trick question and usually reply that there isn’t and that what they have works wonderfully. They quite often bring out their charts and KPIs that show how well they meet schedule compliance and how the backlog is kept in manageable bites. All great stuff, especially those that break out these charts into the various trades so they can identify if one is not doing as well as the others (there always is!). However, when I say that they should be proud of their compliance numbers and how they measure the efficiency of their planning and scheduling but that I don’t understand how they measure the effectiveness of the Maintenance Management part of CMMS they start to give me those funny looks of not understanding.

I explain to them that, sure they are really managing what they do very well, – they just don’t address the fact that they haven’t addressed the need to do it or may even the fact that they actually did the same thing just a couple of months earlier. When I ask how they developed their failure codes then I usually get – we entered them or accepted them when we bought the system – some may even tell me they use a standard or best practice form places like SMRP. But when I ask them how they actually apply them to their context and how they use them, I get the blank stares again. Some people feel that they have managed the scenario well when they tell me that they’ve kept on top of it by getting rid of the dreaded ‘other’ but feel somewhat deflated when I ask if they believe then that they have every failure mode in their failure codes. Especially when I suggest that if they don’t, then people are just fitting the failure modes they don’t have into the failure codes they do have! When I ask if they can identify which failures should have been prevented/mitigated/identified by which PM then my welcome starts to wear thin.

The very suggestion that their failure codes should be tied to the failure modes that their PMs are designed to address the eyes begin to roll and when I suggest that maybe in the naming of the PM there be some indication of failure mode they are ready to give up. When I show them the charts I use that are pulled from the CMMS that show how many time a failure code occurs each month and year-to-date along with the hours assigned to failure codes each month and y-t-d and then how much money is spent on each failure code each month and y-t-d (alone and including cost of downtime incurred), they begin to see the benefit. When I show them how we have developed failure codes that are pertinent to our business and operating context and that we have only 12 or 13 along with the dreaded other and how we have linked the codes to the equipment in the work order (a work order on a pump will only see pump failure codes) they begin to get excited. I then tell them how we are expected to do some form of Root Cause Analysis on the top failure code in the three charts and get an understanding if we have a PM to identify, mitigate , prevent that failure and if not do we need one (some failures are operator driven, installation driven or poor workmanship) and if there is why didn’t it work.

This brings us around to the idea that our PMs may not be perfect – even if we do complete 100% of them within the +/- 10% frequency allowance – which they do have charts for! But that’s a topic for next month’s blog.

Comments and questions are welcomed her or you can e-mail me at CWilliams@PeopleandProcesses.com