by Cliff Williams, on September 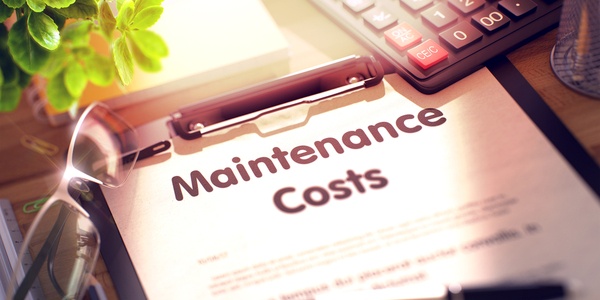 A couple of months ago, I visited an organization that had just started an initiative to reduce their spend on spare parts. The odd thing about this initiative was that it was driven by finance and procurement. The focus was on cutting the price they paid for these spare parts. When I asked why this initiative had started, I was told that someone in finance felt that their procurement practices weren’t what they should be. They believed that there was opportunity to cut costs through better management of the process.

They had assembled a fairly large team that included buyers, commercial folks and a couple of maintenance managers who were meeting every week. The approach they had taken was to try and establish single source supply and had reached out to some suppliers with branches across the country. When I asked how they thought they were doing, they told me they were surprised by the feedback they were getting from the suppliers about what they could supply. The most any supplier had offered was 25% of the items they had been asked to quote on – with most being between 10% and 15%. To put this in context, the organization had 12 plants across the country, and their process was somewhat unique, and their equipment often contained exotic materials. They showed me the list of items they had sent to the suppliers which consisted of the last two years’ purchases. What struck me right away was the fact that there didn’t seem to be many items that were the ‘off the shelf’ type of items – bearings, seals, nuts and bolts, etc. I asked the procurement lead why this was the case and he said he wasn’t sure and that I should talk with the maintenance guys on the team – so I did!

They told me that this was normal for them as they didn’t have the type of equipment where you could just take any type of spare part and use in their process. Their equipment was pretty specialized and fairly costly. They quietly offered that they thought that finance and procurement didn’t really understand that and expected them to be like other industries where it didn’t matter whose part you used as long as it fit. This led me to ask about inventory turns, and they had to admit that it was pretty disastrous – less than 1 and probably closer to 0.5. But, they did try and justify this by saying that they always carried ‘enough’ parts to get back up and running quickly as downtime was extremely expensive at their plants. Unfortunately, they couldn’t tell me the exact cost of downtime but re-assured me it was ‘expensive.’

As we looked at the list of parts sent to the suppliers, I asked if they had a report that showed the min, max, and usage of these parts. They said they didn’t but felt that stores should be able to pull that fairly quickly – which they did. Looking at the list, it became obvious that they probably had ‘more than enough’ of many of the parts as the usage just didn’t support the stocking levels. What was even more disconcerting was that many of the items, though not the generic off the shelf type, were readily available through distributors. When I asked why their stocking levels were so high, they told me that it was because they always seemed to need them in a rush. I asked why they couldn’t plan the work a little better as most of the parts would be available next day.

I wasn’t shocked but a little surprised when they told me they didn’t do much in the way of planning and scheduling and the emphasis was on just getting back up and running if something failed. They actually seemed proud that they had become pretty good at this! I told them that getting better was certainly good but did they ever consider they may be getting better at doing the wrong thing? Did the failures occur at the most opportune time? Did they always have people ready to do the job and were operations ok with this approach? The answers were all NO, and so I suggested that they take a good look at becoming better at the right thing – in this case, Planning and Scheduling. I think they knew but chose to forget, all of the benefits of Planning and Scheduling, that they could actually reduce the downtime by being prepared, use their people more effectively and last but not least, not buy so many spares needlessly.

As I had their time and attention, I thought I would take it one step further and asked them if they had thought about the most effective way to cut the costs of spares and they looked a little puzzled. They were certainly puzzled when I suggested that reducing the cost of spare parts to zero was the best approach though they did begin to understand when I said that the only way to do that was not to use the spare part. It wasn’t a surprise when, in answer to my question, they told me they didn’t do much in the way of failure analysis to determine what happened. They reminded me that getting back up running quickly was the focus. The answer was ‘None’ when I asked how much pro-active failure modes analysis had been done. They had heard of tools like reliability centered maintenance (RCM) but didn’t quite understand what it entailed and anyway ‘getting back up….’ There were definitely a lot of challenges at this organization which in turn meant there were lots of opportunities to do things better and similar to the end goal of the initiative all far less costly.

We gathered together with the whole team at the end of the day. I’m not sure I made many friends in the finance and procurement group when I suggested that it was great that they had decided to do something about the animal of high costs but that unfortunately, they had started at the wrong end of the animal. I explained that with the use of the correct maintenance strategies and tools the savings would be in many multiples of what could be achieved by negotiating a better price for spares. This didn’t mean that they shouldn’t do that, it just meant that it shouldn’t be right now. If they were able to understand how their equipment failed, what they could do about it and then plan and schedule the work they needed to do, they would make the gains that meant the most –UPTIME. We used some rough numbers to illustrate what I meant. I showed them the cost of the part, the cost of the labor and the cost of the downtime (remember, they didn’t know the actual number which I hinted they should get). Also, by using good planning and scheduling and assuming the elimination of one failure in a year. I left them with the question, ‘Did they believe that the time, effort and resources would be better spent trying to reduce the prices of spare parts or trying to reduce the cost to the company?

Looking for onsite training or want to attend a public session?
Find a class for you here.

Looking for consulting assistance?  We can help.  Contact us today.

I recently heard that procurement was still going to look at their processes to see if they could be improved but that the main focus had shifted to a radical overhaul of the maintenance processes and finance felt a little left out!