Who Said Change is Hard? It's Easy!

by Cliff Williams, on July 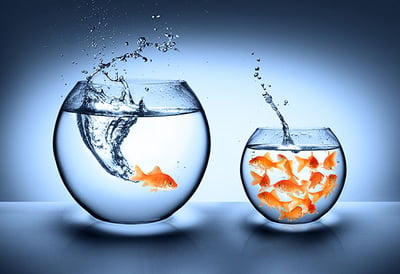 Recently I was facilitating a leadership seminar with a group of maintenance and reliability leaders. Everyone had finally agreed that, to improve performance, there had to be change, because as Albert Einstein said “If you do the same things every day and expect different results then that’s the definition of insanity!’. This led us to a discussion around perhaps the most maligned and forgotten management tool available – Change Management. We had an interesting discussion that got a little heated when I suggested that Change was really easy – you simply stop doing one thing and start doing another. The group was a little puzzled as to why I would bring up the topic as being much maligned and then tell them it was easy. That was until I explained that the difficult part of Change Management is the transition of behaviours from the old way to the new way – getting the transition, and so the behaviours you want, is the challenge. I used a work order as an example of what I was saying – if the goal is to change from paper work orders to electronic work orders – the change is fairly simple – you stop using paper work orders! The transition may not be so easy – when you used paper work orders the tradespeople would give great feedback and suggestions on the work order and allowed for continuous improvement but after the change to electronic all you get is ‘complete’ on the bottom of the form. Is that the behavior that you wanted – if not – what went wrong? We talked about the many reasons why the transition didn’t turn out the way we wanted and suggested that things like aging workforce who didn’t have confidence on the computer, people not understanding the benefit of the new system or being part of the development of the new system might have come into play.

This led us to talk about what is required to make the transition successful. I went over the things I have explained in previous blogs such as explaining the need, educating how it will happen, engaging the group in developing the change and empowering them to do so. It was at the empowering point that the question that prompted this article was raised – ‘What do you do about the immovable objects – you know the guys who just don’t want to change?”   There was some consternation when I suggested ‘Nothing or very little’ – so I explained that in most changes you are going to have three different groups of individuals.

The first is the early adopters – the ones who want to run with the change, are enthusiastic and don’t mind taking the risk

Tired of the status quo? Ready to learn how to transition your organization and significantly improve your reliability? Then you want to attend our award winning

Maintenance and Reliability for Managers

4-part series public course is starting soon or you can bring it onsite.

The second are the fence sitters who really want to see how things pan out before they come down off the fence and this group has a wide range from firmly entrenched on the fence to will fall off at the slightest touch.

Third are those immovable objects – they just don’t want to budge, throw roadblocks in the way constantly, state ‘it will never work’, or ‘they’ll never do that’ when talking about what is necessary for the change.

The break out is usually in the 20%-60%-20% range although this varies based on the culture and the skills of the ‘Change Manager.’

So why did I say do nothing or very little? Quite simply if your focus is the 20% immovable objects then the 20% adopters will get frustrated and start to wane and the bigger ( and so more important) 60% fence sitters are going to hear the immovables’ comments more and more, and they will start to give them some credence.

What needs to happen is that you enable, encourage and support the early adopters – all the while ensuring that their exuberance doesn’t get to be considered ‘over the top’ by the fence sitters. This way the fence sitters will see that you are committed to the change, that you are leading the change and you will help them with the change. Remember it’s the fear of the unknown that causes the fence sitters to stay on the fence. The 60% represent the critical mass that will allow the change or transition to be successful – without them, you will find yourself in the all too familiar situation where things are worse after the change than they were before the change.

Now I did say nothing or very little with the immovables. I went on to explain to the group that there really is one thing that you must do for them and that is – listen to them. Much can be gained when you listen to their complaints and even more if you can figure out the real reasons behind the complaints. If they say that ‘they’ll never do it’ go out of your way to do it – by enabling the adopters you will nullify the ‘it will never work’ by showing them that it will. One of my favourite tactics involved purchases – when the change involved new tools or in the case of work orders – computers - and the immovables loudly state that you will never get them. I have gone out of my way to ensure that whoever is sponsoring the change understands how critical these purchases are to the success of the change. It only takes two or three incidents of proving the immovables wrong in what they say before the fence starts to lean towards acceptance. So, in essence, you are not really doing that much with or about the immovables but you are moving the change and transition forward.

I mentioned earlier that it’s good if you can figure out the reasons behind the stance of the immovables – they may not be the same for each individual. This is crucial because when you have made enough progress and gained enough momentum, you want to go back and, off at the side, figure out how you can move the immovables. But that’s a whole other Blog!

If you struggle with Change Management or how to lead the group consider enrolling in one of our courses on these topics such as our Maintenance and Reliability for Managers course or attending the Change Management workshop I will be delivering at the SMRP Conference in Orlando in October.
Topics: Leadership and Supervision Assessment Benchmarking Gap Analysis maintenance Change Management