I Just Can’t Get Buy-In

by Cliff Williams, on March 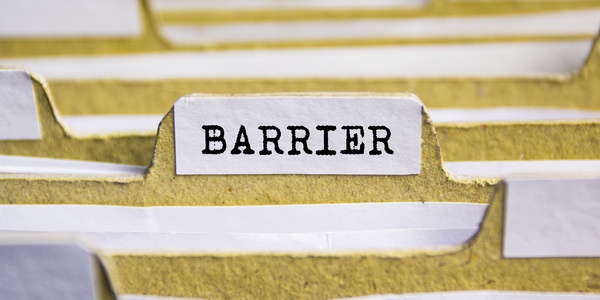 Many times we hear this refrain along with, “I’ve told them what needs to be done, but they don’t seem interested!” Who is “them?” It could be your boss, your peers, or those working in the same department. If you’re a Maintenance and Reliability leader, it could be the tradespeople you work with – but it doesn’t matter who it is, the problem’s the same. You have identified a need for change, someone has told you that you need to change or you’ve simply been given the change to implement. Of the three, the last is the most difficult as the actual change has been foisted upon you and so hopefully the person doing the foisting has read this article and found a way to get your buy-in!

However you’ve come to the change process, the challenge you face is that to make the change successful you require the effort, input, and cooperation of those around you or you’re destined to fail. Now we hear, read, and are told that change is difficult. But I’d like to go against the grain and state that I think change is easy – you just stop doing one thing and start doing another! What I believe we confuse “change” with is transition – transition of behaviors, transition of intent, transition of beliefs – and it’s making this transition to the new ones that present the challenges.

Let’s assume we’ve decided we want to stop using paper copies of work orders and we want the trades to start using the CMMS to record everything. So we stop issuing paper work orders. We have the trades start looking at their assignments in the CMMS. They close out the work orders when completed. Now that’s change, right? Look, we’ve changed something!

The problem is that when they used to complete the paper work orders, they used to give all sorts of information – some wrote books! Now all you see is a closed work order, no feedback. So we’ve changed something but we haven’t made a successful transition to the new behavior, the new intent or the new beliefs. As a result, the “change” will be deemed less than successful. We need to look a lot deeper than “I’ve told them what they need to do but they don’t seem interested,” if we’re going to solve, or better yet prevent these issues. We need to move away from asking what has happened, what went wrong and starting asking the hard “why” questions so we don’t make the same mistakes again.

Struggling to get buy-in? Learn how.

For each instance, there may be some unique issues. At one plant, we used to pass on information by word of mouth at shift change, and this worked well as the supervisors took the time and some pride in setting up each other for success. We decided we needed to record the information transferred on as it contained information that may help in the future. We started simply with a log book and asked the supervisors to enter the details there and to cut short the shift transfer meetings to only include the critical issues.

It only took four or five weeks and then, we started to hear rumblings about “You never mentioned that in the log!” or “How was I supposed to know you had changed that on your shift?!”  Surprisingly, these comments were aimed at the day shift supervisor, who, up until now, we had considered our best supervisor. He was known to stay for half an hour at the end of his shift before the set up of the log book. So we knew the “what” and we needed to ask the “why” – which we did.

After some persuading and cajoling, we finally got the supervisor to open up about the problem – he was visibly upset that he had not passed on the relevant information and seemed very nervous in trying to explain that it wasn’t intentional and it was just a mistake. He explained to us that even though as an immigrant he had moved to the country some ten years ago. While he could speak English very well, he could not write in English. He told us that he got his children to help him fill out forms or applications.

This news came as a bit of a shock to us because as I said, he was our most conscientious supervisor. He offered to resign. Now, we faced a difficult choice. The decision was made, we were going to move to the digital age. The operator's reports, maintenance work, EVERYTHING would be captured on the computer going forward. His last comment was what pointed us in the right direction when he told us that it would only get worse as around 50% of the workforce was in the same situation he was. We had found the “why” and by accident prevented a whole bunch more “whys” because we quickly set up English as a Second Language class that we offered for free. That instance was a peculiar one, but it could have been prevented by using the same approach that allows all other change/transition initiatives to succeed.

So. Back to the change from paper to electronic work orders – what could be some of the “whys” that would result in the transition not working? Given what we’ve just seen I’m sure some of you have thought the trades may be unfamiliar or afraid of the technology. Maybe the training on what to do wasn’t detailed enough. Maybe there aren’t enough computers available, so they rushed through the process. Maybe the system is so complicated they get lost when they do try, and so they give up. It could be they just don’t see the need so why should they buy-in?

The only way to figure it out is to take a look at your roadmap or plan and check which part didn’t work. What? Don't you have a detailed plan on how you are going to manage the change and enable the transition? How were you going to do it – just by telling people what to do? By now you may recognize that method very rarely works if what you need is someone’s interest and initiative. In an upcoming series of articles, we’ll address the approach you should use, the steps you need to take, and the plan you need to promote to enable success and ultimately get the buy-in you’re seeking.